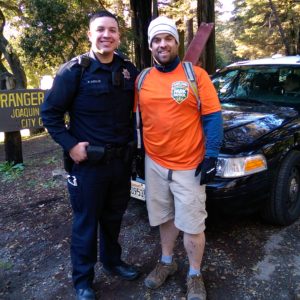 Back in January, I reached out to Oakland Police Department Area 3 Captain Freddie Hamilton with an idea to pair up OPD officers and Park Patrol volunteers with the goal of improving emergency preparedness in Oakland’s wildland parks. He approved the community policing beat priority, and we launched the joint patrols in February, 2017.

Oakland Trails is sponsored by the Oakland Parks & Recreation Foundation, 501c3 Tax ID # 94-2751052. Donations are tax deductible to the extent allowed by law.

Thank you to our sponsors!