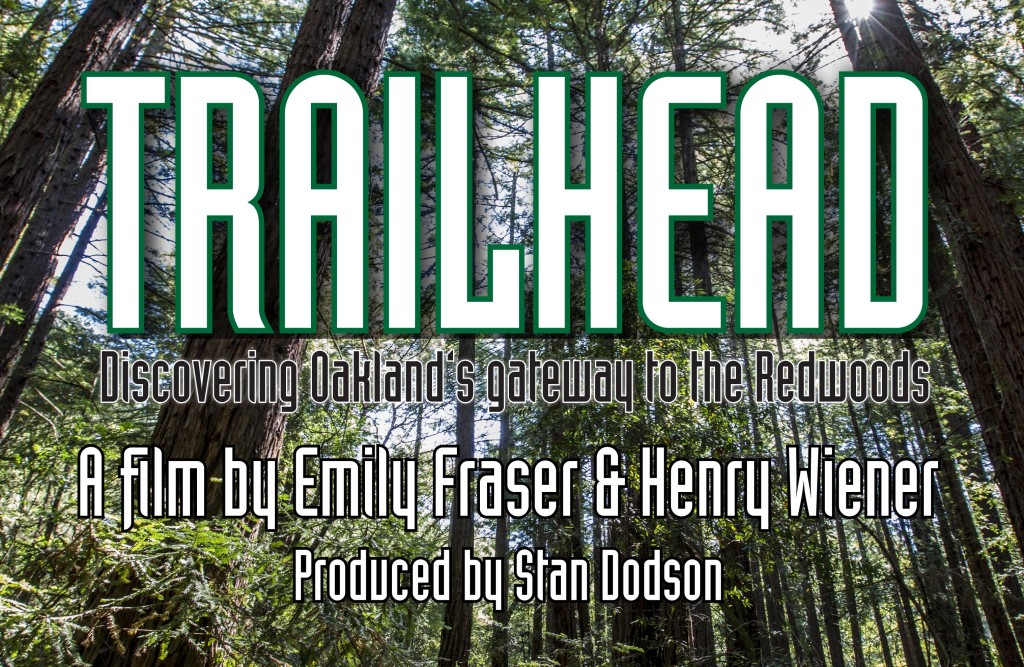 What people are saying about TRAILHEAD:

“TRAILHEAD is a tremendous tribute to the beauty of Oakland.”
BB Borowitz, Oakland resident

“WOW…an amazing video that will promote our park and our
outdoor culture for a long time to come.”
Emily Rosenberg, Chair, Friends of Joaquin Miller Park

“It left us both swelled with pride.”
Bryan Beyer, Oakland Realtor

TIMELINE: This film project was conceived in November, 2014. In partnership with the Oakland Parks & Recreation Foundation, and with the generosity of the surrounding community, fundraising was brisk and filming was accomplished over 15 days in March, 2015. The film premiered at the Chabot Space & Science Center on October 7, 2015, and after more than 30 public screenings in 26 Bay Area venues, it was released online on April 18, 2016.

THE STORY: This 20-minute film features the City of Oakland’s largest wildland trail system that connects neighborhoods to redwood forests and more than five hundred miles of trails that span the entire East Bay. Trail users, historians, creek restoration experts, local merchants, and park volunteers are among those interviewed during a typical park day that begins predawn in Oakland’s Dimond District, and concludes at sunset from a Joaquin Miller Park ridge overlooking downtown Oakland and San Francisco Bay. 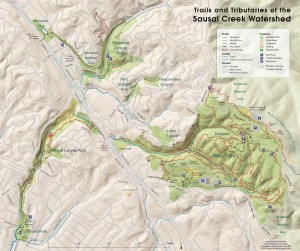 View a map of the featured trail system.

Intended for Oakland residents and visitors alike, this documentary explores the unique urban to rural trail system that connects Oakland neighborhoods to the Bay Area Ridge Trail and beyond. The film highlights:

Emily Fraser is a San Francisco Bay Area documentary filmmaker committed to finding the poetry in the every day while provoking change around pressing social and environmental issues. Her work has been shown around the country and the globe, with screenings at Doc NYC, Big Sky Documentary Film Festival, LUNAFEST, the International Wildlife Film Festival, and the Pacific Film Archive, among others. Emily works as a freelance director/producer and cinematographer, and as a lecturer at Santa Clara University. In a previous life, she worked as an environmental consultant, focusing on projects in conservation, resource management, and alternative energy. Emily holds a bachelor’s degree in environmental policy and art/architecture from the College of William and Mary and an MFA in Documentary Film and Video from Stanford University.

Henry Wiener, born and raised in Jackson, MS, received his undergraduate degree from Columbia University, majoring in American Military History. After living and working in New York City for 5 years, Henry completed his MFA in Documentary Film at Stanford University in 2014. His films cover an eclectic group of subjects: Bay Area gun rights activists, a 21 year old female NASCAR driver, a Minor League baseball churro vendor, and a traveling Rabbi. All of these films tell stories of people who pursue life with special passion and energy, across a spectrum of American culture. henrywiener.com

Antosh Gazel is an Oakland based filmmaker originally from England. He fell in love with the Bay Area as soon as he arrived here, and has a passion for the wildlife and landscape of California that he hopes to show in his work. He has been the cinematographer for Cinemasports film submissions on 2 occasions, both shown at the Mill Valley Film Festival. He works with local non-profits on time lapse, short films and documentaries, and on personal filmmaking projects. He loves living in the Dimond District of Oakland, and is delighted to be involved with raising awareness of the local trail system. antosh.com

Stan Dodson, manager of La Farine Bakery in Oakland’s Dimond District, and past board member of the Dimond Improvement Association and Friends of Joaquin Miller Park, has worked as a volunteer to promote, maintain, and enhance the trail system that connects Dimond Park to the Bay Area Ridge Trail since 2008. Stan continues to provide leadership for community involvement up and down the hill, including producing the documentaries Trailhead (2015) and Old Survivor (2018), co-founding and managing Oakland Volunteer Park Patrol, offering free hiking and mountain biking tours, and leading ongoing trail maintenance and enhancement projects in Oakland’s wildland parks. Through these efforts, Stan strives to inspire outdoor recreation and park stewardship while shining a bright light on the City of Oakland.

Stan is a graduate of the Citizens Police Academy, has received three Local Hero awards from City of Oakland District 4 Councilmembers, and in 2014, La Farine was honored with a “Small Business of the Year” award from Oakland’s Mayor and City Council. In 2017, Stan received the Parkland Steward Award from Oakland Public Works, and the Anne Woodell Community Award, Oakland’s highest honor for community service in parks.

In 2018, Stan’s leadership was recognized with a San Francisco Bay Area Jefferson Award.